The elite A.V.A.C. pilots are specially trained to fly the FIREBAT JET fleet. They must have exceptional piloting and navigation skills, because the FIREBAT JET has been designed with minimal pilot instrumentation to increase its speed and maneuverability. A.V.A.C. pilots relish the challenge of “real” flying, in which their control and calculations determine whether they succeed – or whether they go down in flames. They are chosen from the ranks of the COBRA pilots for their utter fearlessness as much as their impressive piloting skills.

“The FIREBAT JET is an unforgiving aircraft, so you’ve got the be the best to fly it. And, of course, we ARE the best.”

Blasting from a vertical silo in the TERROR DROME, the FIREBAT JET streaks into the air on a mission of destruction. As its wings unfold, the A.V.A.C. (Air Viper, Advanced Class) pilot heads for his target: a G.I. JOE ship heading for COBRA island. The ship launches its own fighter, and an aerial dogfight rages in the sky!

Prepare to roll into battle with this totally sleek light assault jet vehicle! Open the canopy, slide the A.V.A.C figure inside the cockpit and get ready to face off against the G.I. JOE team. Folding wings and removable engine covers help you act out action scenes, complete with removable bombs and missiles. Let the battle to begin!

Light assault jet vehicle is ready for battle folding wings, removable bombs and missiles, and an opening canopy with a cockpit hat can fit the A.V.A.C figure inside!  Removable engine covers and folding wings. Vehicle comes with A.V.A.C figure. 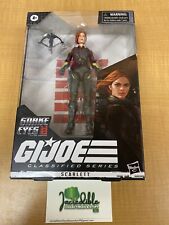